All Hail the Praetorian Guard.

Being a Caesar of the Roman Empire was a tough job. If you weren’t constantly squabbling with the Senate over matters of state or having to put up with writers like the Pliny’s, Tacitus or Suetonius writing critical pieces on your performance (that we still refer to today) there were very real and present threats to your person as well. This could come from jealous senators, scheming wives, male or female lovers wanting power, angry mobs or Centurions who had plainly had enough of the mad instructions coming their way. The only thing that stood between you and certain destruction was the thin purple robed line, the Praetorian Guard. 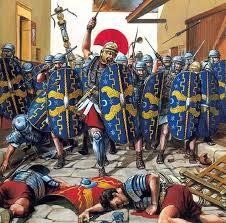 The Guard were one of the first official organisations responsible for close protection work. It is still required today such as the work done by Close Protection London based company https://www.valorousgroup.co.uk/close-protection-london/. Praetorians were created by Caesar Augustus, then known as Octavian. He came to power after the assassination of Julius Caesar (his uncle) the defeat of Brutus and then the ending of Mark Antony and Cleopatra’s attempt to create a united Roman/Egyptian Alliance. After seeing all this he was a bit nervous about taken the new throne of Roman. Augustus was keen that what happened to Uncle Julius did not happen to him so he followed an idea from General Scipio to have a few men about him that were handy with a Gladius in a tight situation. Scipio had an elite unit of 500 troops that could turn the tide of battle as they did at the Siege of Numantia. 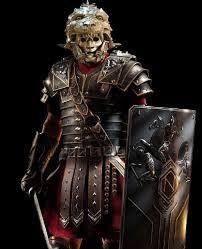 The first guards were handpicked veterans who has proved themselves in the field. They developed more during this time becoming enforcers of the Emperor and the Senates will. As the Empire went on future Emperors were not so military minded or capable to wield a weapon as Augustus was. They began to rely on the Guard to protect them and do their bidding. The guard grew to several cohorts numbering some fifteen thousand men at its height under Commodus and even a division of cavalry. They were also sent out into the field much as Scipio’s original troops were.

Would be pretenders soon realised that if you controlled the guard you had a shot at being Emperor.  They also started to influence who the next Emperor would be. The most celebrated case being when they installed Claudius on the throne after the mad reign of Caligula. By the time of Constantine they were considered a dangerous liability and were destroy and officially disbanded.