Super-prime London property market is stronger than ever

Suppressed demand is fuelling activity levels in the £10m+ super-prime London housing market. The weak pound and frustrated demand following Brexit as well as the lifting of Covid restrictions have helped to fuel sales. Recent data from Knight Frank shows there were 152 super-prime sales in the last twelve months, with £2.8 billion spent on property, the highest amount in seven years. 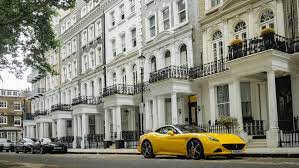 Paddy Dring, global head of prime sales at Knight Frank, explained that Brexit made buyers hesitant and they were then forced to stay at home because of Covid restrictions. This means frustrated demand is still working its way through the market. He also pointed out that rising mortgage rates and speculation that property prices might fall present risks which could lead to expectation gaps between what buyers and sellers consider fair value.

Although property prices are expected to fall by 10% in the next two years, the London prime markets are expected to be less affected by rising mortgage rates as there are lower levels of mortgage debt in this sector. Data from Knight Frank shows that central London has a high proportion of cash buyers compared with the rest of the UK, with 54% of buyers of super-prime properties bought with cash. More detailed figures from Knight Frank can be found on their website here..

In the short to medium term, demand is expected to remain high due to two main factors. The average prices of super-prime properties are currently 12.2% below where they were in September 2015, representing excellent relative value compared with the last peak. The weakness of the pound combined with the fall in prices means overseas buyers are flocking to London to take advantage of the current market conditions. Property buyers are also able to take advantage of no sale no fee conveyancing, offered by many of the best conveyancing solicitors, such as Sam Conveyancing.

In the year to October 2022, there were 31 sales of properties priced between £20 and £30 million. This represents a six-year high and has been bolstered by several upmarket new-build developments in the capital. Rupert des Forges, head of prime central London developments at Knight Frank commented: “London remains a focus for high-net-worth individuals as a relatively safe haven due to global political and economic uncertainty as well as the attraction of a weak pound. October was the strongest month on record in terms of business transacted by our PCL development team. The supply of large spaces in the West End is now reduced, an apartment over 300 square metres is increasingly difficult to secure.” 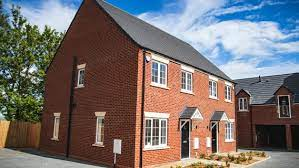 The property market also faces the possibility of a general election prior to January 2025. The Labour Party criticised the Conservative Party’s policy on wealthy individuals who hold non-domiciled tax status. Although the Chancellor was quick to point out the economic benefits of the non-dom regime, we may see a shift as the election approaches. Pressure from the opposition benches often influences government policy, as we saw in 2014, when new rates of stamp duty were introduced for high-value properties.

For the time being, the London super-prime market remains in good health and it remains to be seen what impact any election will have.

Super-prime London property market is stronger than ever

Are there alternatives to a director guarantee?

What Experience Do I Need to Work in a Food Business?