A Brief History of Vaillant

One of the most well-known brands in the boiler-making industry is that of Vaillant. Here we look at a brief history of the company that is now one of the leading brands in heating and ventilation. The history of Vaillant dates back to 1874 when the company was founded by a man called Johann Vaillant. He was from Remscheid in Germany and the story begins with him.

In 1874, Johann Vaillant opened a workshop as a copper beater and maker of pumps. He was from a very large family by today’s standards, being the 10th child in his family. By 1894, he had invented a closed system gas heater for baths, a revolutionary creation at this time. The water was heated via a gas flame flowing through a closed pipe without the user coming into contact with any harmful gas. The famous bunny brand logo came about as a result of Vaillant reading a magazine on Easter Sunday. He saw an image of a rabbit hatching from an egg and knew that a bunny would be perfect for his trademark. The logo has been updated over the years but is still instantly recognisable in the field. 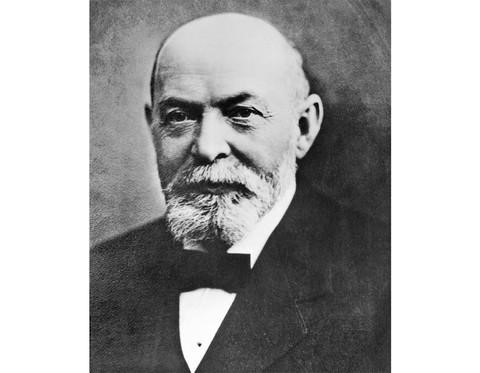 In 1905, Vaillant become the first company to manufacture a bathroom heater that can be hung on the wall, saving space in many bathrooms. By 1924, rooms no longer had to be heated individually with stoves or fireplaces as Vaillant introduced the first central heating boiler. Now several radiators could be warmed from one distributing unit. By 1961, the revolutionary Vaillant company introduce the world’s first wall-hung boiler.

1967 saw the company combine heating and hot water into one compact wall-hanging Combi boiler, heating up in a short time and with an adjustable heat output. The company is expanded by this time too, with branches in Austria, the Netherlands, France, Belgium, Italy and Great Britain. By the early 1970s, Vaillant had sold over 8,000 000 units.

Two decades later and the emphasis is on environmental concerns. It releases the thermoblock with low emissions. This new ‘green’ awareness came early to Vaillant and their success grew, opening branches in the Czech Republic, Hungary, Poland and Turkey.

The late 1990s saw the introduction of solar thermal systems designed specifically for domestic hot water, growing its expertise in the area of renewable energy. 1999 saw the end of a millennium but a reason to great celebration at Vaillant. They celebrated their 125th anniversary, received the German Quality Award and announced that they had sold 40,000 000 boilers worldwide. For help with your Vaillant or any other boiler, contact a Boiler repairs Gloucester company at https://redbridgeandsons.co.uk/heating-systems-gloucestershire/boiler-repairs-gloucester

By 2007, the company is extending into Asia with a new branch opening in Wuxi, China. Advances include the 2010 zeoTHERM which is a zeolite-gas heat pump for homes to use the natural heating qualities of zeolite with water for the first time. It is both energy-saving but also has low carbon dioxide emissions.

2011 and 2012 see further advances in ‘green’ heating technology. A new generation of calorMATIC boilers is modern, intuitive and designed with maximum customer ease and comfort in mind. The ecoPOWER system offered alternative energy, producing both heat and electricity for properties converted into flats. This was tapping into a market previously not catered for and offered an efficient and environmentally friendly boiler choice.